A Republican candidate for a Congressional seat in the San Francisco Bay area of California has published a statement on his website promoting an "open season" on "hunting liberals" between now and Election Day, November 2!

This man is named Brad Goehring, of all names! LOL The similarity to Nazi leader Herman Goering is stark! :)

He said on his Facebook site that his purpose was to "thin the herd" of liberals and he had no limit on taking them out, which sounds like a veiled threat to promote assassination of liberal candidates and office holders!

Not 'veiled' at all. Threatening us godless commie fucks is how these ying-yangs pander to the Dead End Quarter, the 20 or so % who can't elect them anyway. CA-11 is a swing district, but I don't think this kind of rhetoric will fly there.

The one thing that MUST be done is that the GOP repudiate this man, and knock him off the ballot as an unacceptable representative of their party! If they do not, it means they are endorsing him!

Fat fuckin' chance. Get outta the classroom once in a while, Prof. The Repugs love this kinda shit. It appeals to the lowest among us, aka their 'base'. They're all flaps and no throttle. Well, they 'flap' their lips a lot and spew a lotta gas, but to no forward progress.

Note to Herr Goehring: Bring it. Some of us godless commie fuck good American Libruls are tired of your RWNJ shit and welcome the chance to shoot back. Or first. We'll see whose herd gets thinned. Put your money where your big fat loud mouth is. Yeah, like that'll happen. Given the military records of most Repugs, one round over their heads and they'd shit themselves out of existence. Hey, whatever works...

Repugs are too hard to clean and too dirty to eat, but we can send their corpses to China for fertilizer. On crops for domestic use only, of course.

I could probably use a requal with the Big Iron anyway. It's been a while. I hope I can keep my old badge. I'd hate to have to wear crossed Mattels... 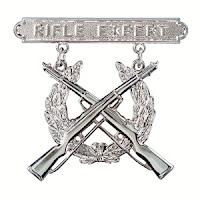 Posted by Gordon at 14:01
Email ThisBlogThis!Share to TwitterShare to FacebookShare to Pinterest