The caption at whitehouse.gov reads: "President George W. Bush shares a laugh with Myrtle Jones during a Conversation on Medicare Monday, Aug. 29, 2005, at the James L. Brulte Senior Center in Rancho Cucamonga, Calif."

The caption at whitehouse.gov reads: "President George W. Bush joins Arizona Senator John McCain in a small celebration of McCain's 69th birthday Monday, Aug. 29, 2005, after the President's arrival at Luke Air Force Base near Phoenix. The President later spoke about Medicare to 400 guests at the Pueblo El Mirage RV Resort and Country Club in nearby El Mirage." 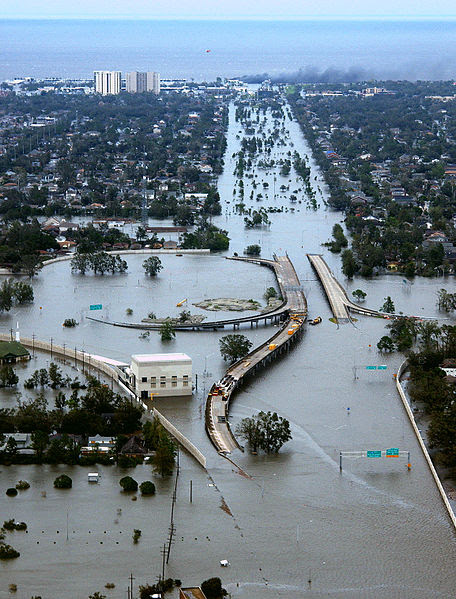 Credit for the New Orleans image to Wikimedia Commons
Posted by Jersey Guy at 02:53
Email ThisBlogThis!Share to TwitterShare to FacebookShare to Pinterest