Too High To Fail 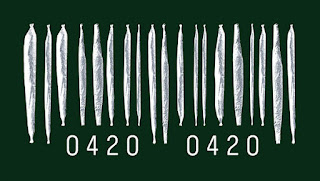 The “war on drugs” is America’s longest war. It has cost taxpayers $1 trillion in the last 40 years, Fine notes, and it has turned our nation into “the most highly incarcerated society in history.” In 2011, a global commission on drug policy (whose members included Paul Volcker, George P. Shultz and former presidents of Brazil, Colombia and Mexico) declared that “the global war on drugs has failed.” Sixty-­seven percent of Americans agree. Antonin Scalia and Pat Robertson are now to the left of President Obama on pot.
...

“Too High to Fail” takes the form of a fly-on-the-wall account of Northern California’s burgeoning legal cannabis industry. Fine, an investigative journalist, takes us to Mendocino County, where he follows one plant from seed to medical marijuana patient in the first county in the nation to decriminalize and regulate cannabis farming.

Fine fits in well in Mendocino. Bearded and driving his vegetable-oil-fueled truck, he looks and plays the part. But be warned: if you are indifferent to drug culture, you may roll your eyes at some of the stoner talk. When Fine says, describing a Mendocino grow house, “I felt like I was inside a Peter Tosh album cover photo,” even I wanted to tell him he was harshing my mellow.

Mendocino County is depicted here as a kind of democratic utopia where local law enforcement and cannabis farmers are on the same side. In 2008, the county passed a land-use ordinance called Chapter 9.31, which authorized growers to cultivate up to 99 cannabis plants (this has since been reduced to 25). Rather than turning the county into a police state, legalization made it safer. Revenues in the municipality increased, and cannabis farmers were treated as law-abiding citizens.

As it should be. Please read the rest.
Posted by Gordon at 15:13
Email ThisBlogThis!Share to TwitterShare to FacebookShare to Pinterest

Could you imagine what we could have done to make peoples' lives better with that money?

Yes, but power and profit are king.