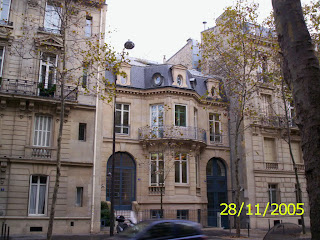 That house in Paris is looking better and better.

When I read that a judge has thrown out Joe and Valerie's suit against the administration, when I see the Rethugs still exerting control over Congress regardless of the public's demand for a change, when I see the news media still carrying the Chimp's water, I'm of a mind to throw up my hands, pack up the Mrs. and the dog and move to a place we love, where progressive ideas aren't considered part of the lunatic fringe.

The America I know and love is long dead, 7 years dead, and I get this feeling it's beyond resuscitation. Every federal agency and the courts have been corrupted, our civil rights have been abrogated (and you know we won't get 'em back anytime soon), and corporate interests make government policy. So what the fuck? How do we win?

I don't know. I don't see a solution.

Even a Dem President with a Dem majority in Congress gives me little hope because they follow the money the same way the Rethugs do. That's if we even get to elect a Dem because, as Gord noted yesterday, I doubt the Chimp and Cheney will want to leave when their term is up.

It's just so frustrating, I'm tempted to call the people who own the house pictured above and make 'em an offer they can't refuse for it. I'm tempted to say, 'let the Rethugs have America, they have to live in the shithole they've created' and pack it in.

Tempted, but there's still some fight left in this old dog. We'll make that decision in '09. Besides, if they're allowed to continue, the stench of America will eventually wash up on the Left Bank too.
Posted by Fixer at 04:57
Email ThisBlogThis!Share to TwitterShare to FacebookShare to Pinterest