To temper our exhuberance. While it looks like most Dems will do well in their races, please don't take for granted we'll have a filibuster-proof Senate. Paradox lays out the reality:

As Digby notes the real number to reach is 61, because after Lieberman has campaigned for McCain and Palin there is no way he’s staying in the Democratic caucus next term. Without getting into it, the continued presence of Lieberman was one of the secondary reasons I didn’t attend the Democratic convention this year.

Furthermore, as a constituent of Dianne Feinstein I can assure you it is not possible to discipline her votes—if there’s a stupid regressive way to hurt the country she’ll do it, positively irresolute in her cluelessness. Democrats don’t do party discipline.

While we’re on the subject the new House majority announced next week should also be viewed with extreme skepticism, somewhere around 20-35 House Democrats are "blue dogs," meaning they’re Democrats like Dianne Feinstein. Very, very little is said about this subject, naturally liberals don’t like to talk about it and it’s likely a major party faux paus to discuss it right before an election.

No one has to worry about the Dems turning this country into a 'socialist state' with a majority in the House and Senate, there are a lot of Dems that'll do the Rethugs' work for 'em.

Remember, this is the only good Blue Dog: 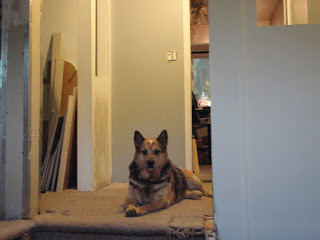 Posted by Fixer at 05:11
Email ThisBlogThis!Share to TwitterShare to FacebookShare to Pinterest