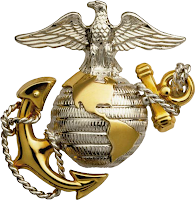 A BIRTHDAY MESSAGE FROM THE COMMANDANT OF THE MARINE CORPS
United States Marines represent the best young men and women our Nation has to offer. To be a Marine is to be a member of America's warrior class - to be one of the few who steps forward with the courage and conviction to face whatever dangers await. Our Nation expects her Marines to be ready when the Nation calls; to leave family and the comforts of home behind; to march into battle and thrive under austerity; and to come home under a victory pennant.

From Al Anbar in the west of Iraq, to Helmand Province in the south of Afghanistan, our Corps of Marines can always expect to be found where the fight is toughest. Such is our history. Today, as we write the final chapter on our victory in Iraq, we will increasingly take the fight to the enemy in Afghanistan and add new pages to our legacy in places called Delaram, Now Zad, and Garmsir. One day, we will return to our naval heritage and patrol the high seas with our Navy brothers* (my em). Such is our future.

As we celebrate our Corps' 234th Birthday, we first pause to reflect and pay tribute to those Marines who have given the last full measure in defense of freedom. We extend our deepest gratitude to our Marine Corps families - the unsung heroes who endure hardship and sacrifice so that we are able to go forward and accomplish any mission. We extend our appreciation to our countrymen who have answered our every need. And we celebrate the magnificent men and women who willingly and selflessly continue to go into harm's way to protect this great Nation.

To all who have gone before, to those who wear the uniform today, and to the families that give us the strength to forge ahead - I wish you all a heartfelt Happy 234th Birthday!

*If they still remember how. The Marine Corps has been terribly misused as a little land army that talks funny for far too long. They're supposed to kick in the door and protect the Seabees while they build the O Club for the Army and then GTFO.

I'm glad General Conway recognizes this and put that little dig at the powers that be in there. I hope the day will come.

Happy Birthday and Semper Fi, Jarheads.
Posted by Gordon at 13:00
Email ThisBlogThis!Share to TwitterShare to FacebookShare to Pinterest