For a "Jackie Robinson Moment":

The draconian Arizona law SB 1070 is finally reaching the players of MLB. San Diego's slugging starter Adrian Gonzalez has come out publicly and said that he will not play the 2011 All Star game if the law goes into effect. The outrage that we've felt over this barbaric law has filtered down to into The Sports Villagers now, because on ESPN's Mike & Mike in the Morning radio show they spent a lot of time discussing this topic, and it is raging.

The time is a-coming for Bud Selig to take a stand on this issue. Baseball has already proven that it can be a leader in advancing civil rights in America, so this should be right up their alley. The MLB have a hugely profitable Cactus League in Arizona where 15 teams us their facilities for Spring Training games, and they also host Arizona fall-league games. It's a yearlong operation. Studies have shown that the MLB is comprised of as much as 27 percent Latino players, and the league's 9 percent African Americans could be targeted by the new law as well. [my em] 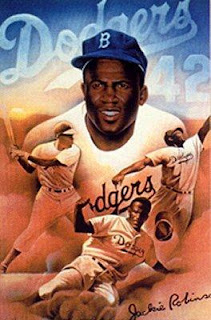 Posted by Fixer at 18:38
Email ThisBlogThis!Share to TwitterShare to FacebookShare to Pinterest