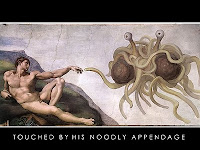 James Dobson, of Hocus-Pocus on The Family

"Hell, we'll take Islamo-fascista over non-believers any day of the week. It's no secret who we have more in common with...and who we see as a bigger threat."

And in a related but more serious vein, who says terrorist acts have to be in airplanes? Or done by foreigners? Go read Mark Karlin:

Integrally related to the GOP tacit alliance with terrorists in terrorizing America is the fact that one of the most dangerous threats comes from the right-wing heirs to Timothy McVeigh, the militia movement, the Turner Diaries, etc, being stoked on by FOX and politicians such as Michele Bachmann and Sarah Palin.

In a series of year-long gun attacks on American by Americans who believe Glenn Beck and his right-wing media colleagues that white males are victims and guns are their defense against "Socialist Tyranny," the U.S. is confronting a possible "lone wolf" terrorist attack, and one might consider many of these shooting terrorist attacks by those who have heard the siren song of "patriotic" armed rebellion implied by Beck and his right-wing media cohorts.

Don't be afraid. Be ready. Mr. Karlin, whom I respect and has given me prizes, hates guns and that is his business. I hate snow shovels, but I'm an expert with those too because, like guns, it's better to have them and not need them than need them and not have them.